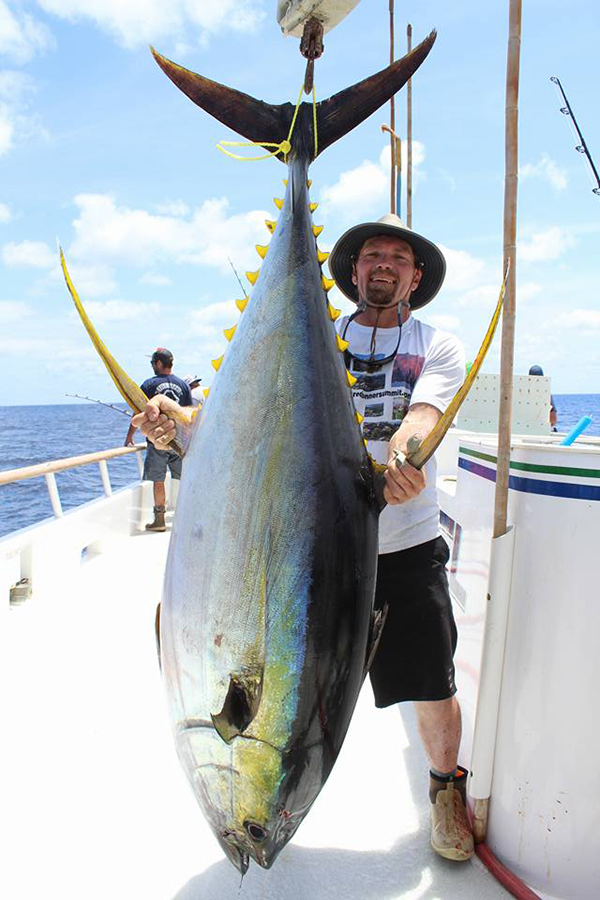 Yellowfin tuna are found throughout the tropical Pacific. The world’s single largest biomass of yellowfin inhabits the Eastern Tropical Pacific Ocean (ETP), ranging from Chile to southern California. Tagging studies indicate that the ETP stock is a single population, with seasonal coastal migrations but no large-scale movement to the central or western Pacific. In the daytime, mature yellowfin associate with dolphins to some degree in all the world oceans. However, the relationship with dolphins is well-developed in the eastern Pacific. ETP tuna stocks have been regulated by the Inter-American Tropical Tuna Commission since 1966. 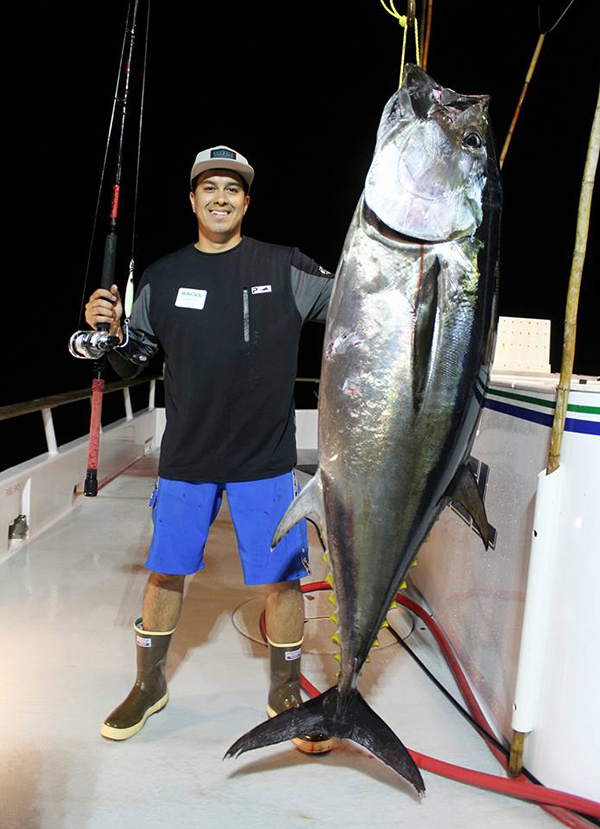 Bluefin spawn between Japan and the Philippines in the spring and summer and migrate across the Pacific in their first or second year of life, the journey taking seven months or less. These fast-swimming fish may grow to several hundred pounds. Bluefin are rarely encountered south of Cabo San Lucas, Baja California, or north of Point Conception, California. Purse seiners targeting mackerel and sardines occasionally spot the herring-bone pattern of bluefin schools in the Santa Barbara Channel in summer and fall. 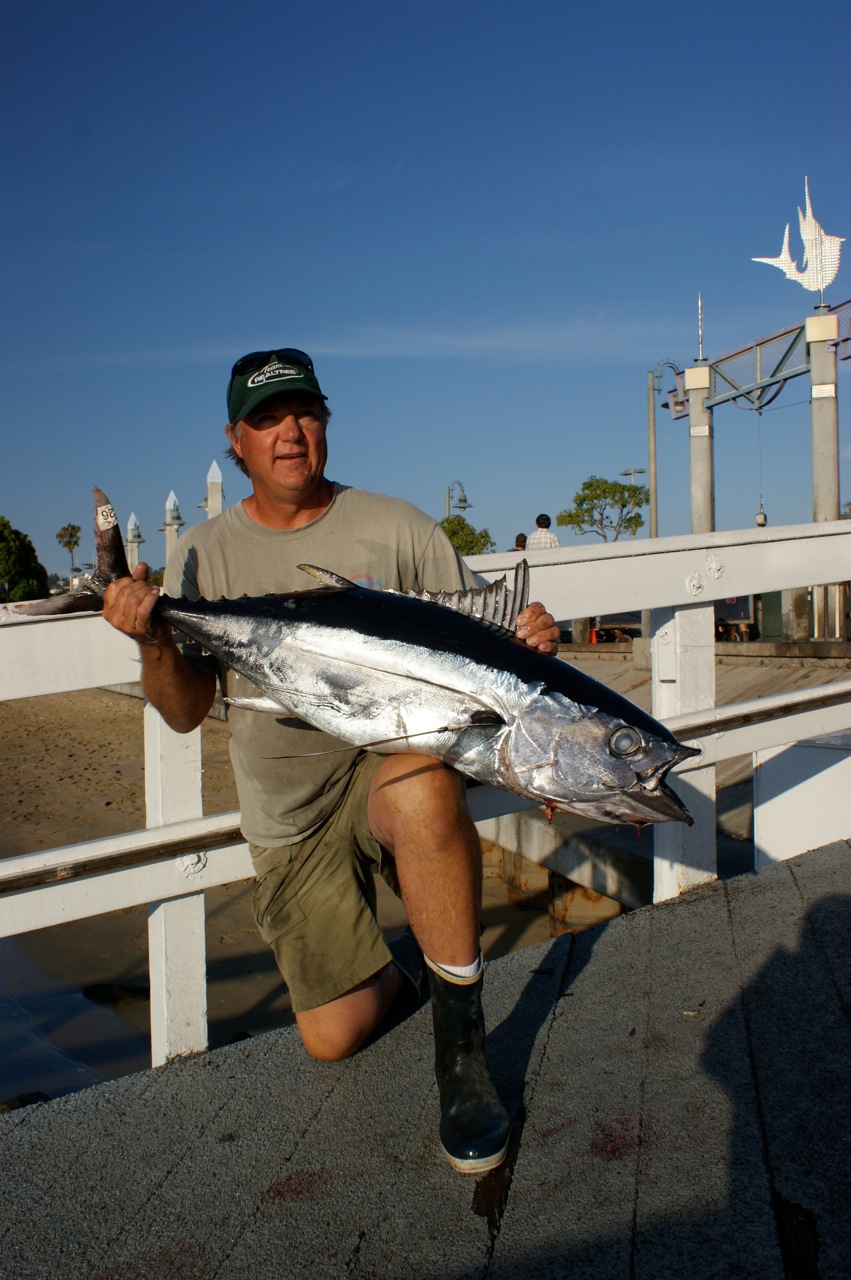 Albacore is the only tuna species allowed to be marketed as white meat tuna. Traditionally the premium canned tuna, this highly migratory species is gaining prestige in the finest white-tablecloth restaurants and sushi bars for its mild, delicate flavor.

These bottom-dwelling flatfish are yearlong residents in sand and mud-bottomed coastal waters, found from the surf zone to about 300 feet deep, from Washington State to Baja California. The area of greatest abundance is southern California and northern Baja. California halibut, with a maximum length of 60 inches and weight to 72 pounds, are smaller than Pacific halibut. Ambush predators with both eyes usually located on the left side of the head, California halibut are non-schooling, unpredictable, elusive fish — the “bread and butter” fish of California’s nearshore groundfish fishery.

Commonly known as wahoo, is a close relative of the king mackerel. Unlike true mackerel, ono rarely school, but groups may be found around fish aggregation buoys. Surface catches indicate that Ono associate with banks, pinnacles and flotsam. However longline catches suggest that this species is also widely distributed in the open ocean. Ono may grow to more than 100 pounds in round weight. Ono flesh is whiter, flakier, and has a more delicate texture than the meat of other fast-swimming, pelagic species. Although Ono is is versatile in its uses, cooking methods suitable for lean fish(those with low fat content) are recommended so that the flesh does not dry out when cooked. One way to retain moisture in a lean fish is to poach.

Rockfish belong to the family Scorpaenidae, or scorpionfishes. One of the most important fish families in California waters, the rockfish group encompasses 59 species, most of them desirable at market. State law allows 13 species to be called Pacific red snapper. These include widow, bocaccio, chilipepper, vermilion, yellowtail, black, and olive rockfish, to name several. However, none of these fish is a true red snapper, which is an Atlantic species not found on the West Coast.

Many rockfish species range from Baja California to British Columbia, and some extend to Alaska. Adults of most species are found at depths to 1,200 feet. Rockfish are basically non-migratory fish. Recognized by the sharp spines on their dorsal fins, rockfish vary in length from 20″ to 37″ and may weigh up to 30 pounds.

The Yellowtail is characterized by its long aerodynamic body with a long pointed, “smooth”-looking snout, a mouth ending at the front edge of the eye pupil, blue upper back, silver-white sides and belly, yellow fins, and distinguishing narrow bronze stripe along the middle of the body that becomes yellow posteriorly.

The yellowtail’s range is circumglobal, in subtropical waters. The yellowtail can be found near Catalina Island, San Clemente Island, Santa Monica Bay, as well as inMexican waters like Baja California Peninsula´s and Sea of Cortes. 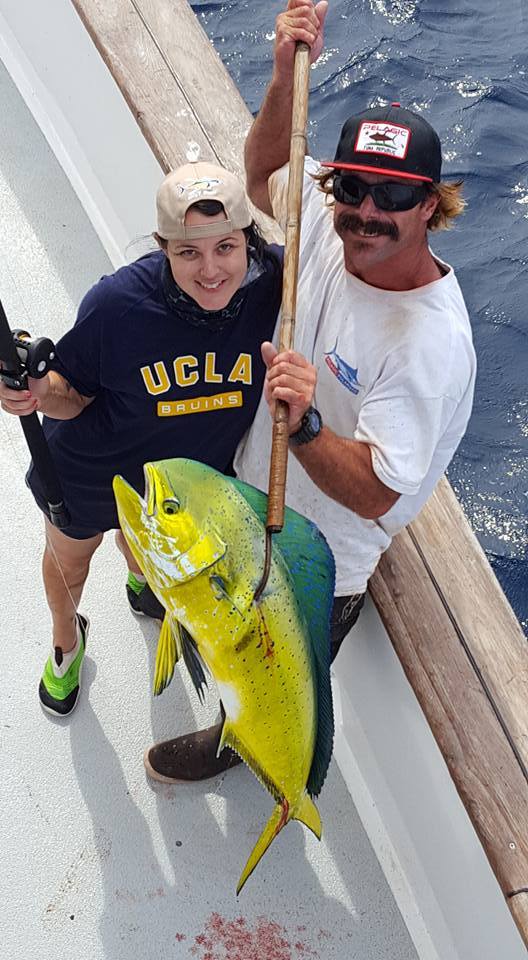 These are surface-dwelling ray-finned fish found in off-shore temperate, tropical and subtropical waters worldwide. They are one of only two members of the Coryphaenidae family, the other being the pompano dolphinfish. Mahi-mahi means very strong in Hawaiian.

Mahi-mahi are among the fastest-growing fish. They spawn in warm ocean currents throughout much of the year, and their young are commonly found in seaweed. Mahi-mahi are carnivorous, feeding on flying fish, crabs, squid, mackerel, and other forage fish. The mahi–mahi’s taste resembles other whitefish, such as flounder, and tilapia.